Building momentum: How we can change the conversation around climate change 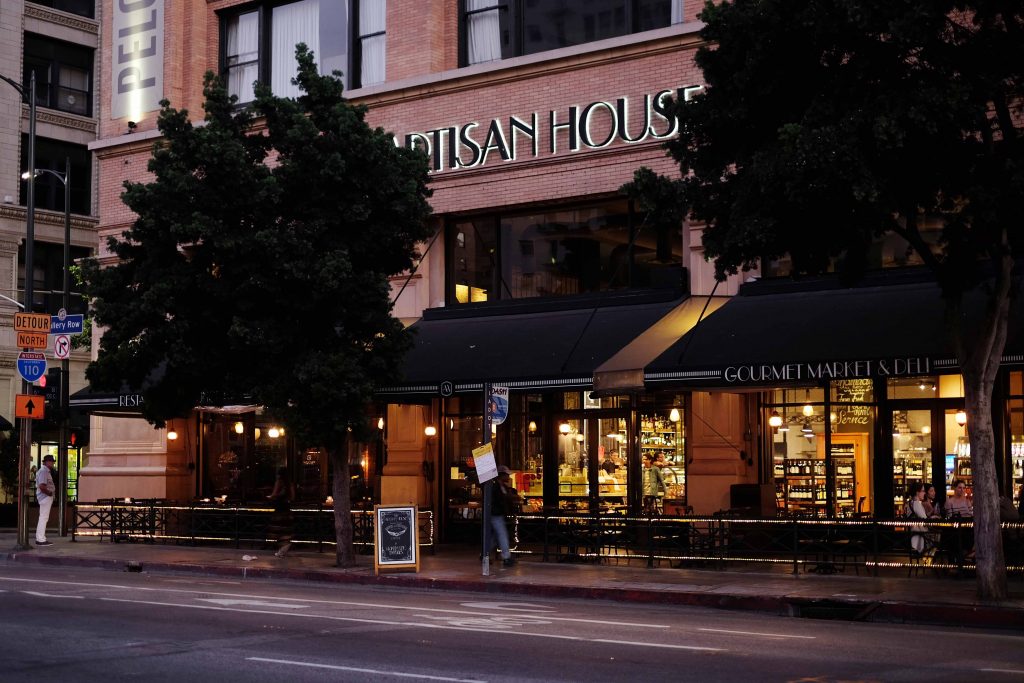 Adaptive reuse of existing buildings is sometimes the greenest solution.

I’ve learned that in the building industry, there are two types of people.

On one hand, I meet some people who see existing buildings as relics of a once bustling city, who immediately write them off to history.

On the other hand, there are those of us in the green building community who see these structures as diamonds in the rough, and often the key to securing a city’s sustainable future.

Thankfully for Los Angeles, Karin Liljegren is the latter.

In 1999, Liljegren and her colleagues saw that three historic landmarks comprising Los Angeles’s Old Bank District—the Continental Building, the Hellman Building and the San Fernando Building—posed an all-too-familiar challenge. Icons of the city’s impressive origins, by the turn of the 21st century, these architectural gems had gone untouched for decades. But where some people saw a problem, Liljegren saw potential.

As one of the first architects to make use of L.A.’s pioneering Adaptive Reuse Ordinance (ARO), she believed that repurposing these existing structures would not only attract people, but would also be the focal point of a much larger architectural renaissance that continues in Los Angeles today.

For the past 20 years, Liljegren has worked as an architect, consultant or interior designer on almost 450 existing buildings. A decade ago, she founded Omgivning, a firm that focuses on the modernization and reuse of buildings, particularly in downtown Los Angeles. Omgivning projects reduce the emissions that come from the creation of new materials and affirm the viability of transit-oriented living.

And they are able to do that because Karin believes what I have always believed: that buildings—like the people who inhabit them—deserve a fighting chance.

Those three old buildings went on to be the foundation of Karin’s passion for adaptive reuse. Her personal drive is at the core of our work at USGBC, particularly in our new Living Standard campaign, an initiative that takes a deeper dive into examining how individual steps can lead to larger, collective change.

Linking personal behavior to environmental problems is a big part of how we are mainstreaming green building. For example, when you look one of Karin’s projects, you might not know why it matters to you. But what if I told you that it can take up to 80 years to make up for the environmental impact of demolishing an existing building and constructing a new one, even if the resulting building is extremely energy-efficient? Or that the less efficient an existing building is, the more opportunity it has to save energy? Or that 39 percent of greenhouse gas emissions come from commercial and residential buildings? Or what if I told you that the carbon footprint of an Omgivning job site that Karin oversees has a shorter period of payback?

At first, you still might not understand what that means specifically for your well-being. But Living Standard is not only examining the vocabulary around sustainability—it’s also highlighting the work of people like Karin and explaining it to people outside the green building community. This way, people in Los Angeles and all over the country can have a better understanding of what a building’s existence actually means for their quality of life.

This means that instead of touting a carbon statistic, it would be more effective if I told you that at the base of the Pacific Electric Building, a building Karen brought back to life with adaptive reuse conversion, Omgivning created Artisan House, a market and restaurant space. By turning original marble wainscot panels into dining tables and used mahogany for a countertop, they created a space so rich in detail that it looked like part of the original streetcar terminal. Omgivning’s work gave residents a place to eat, drink and gather. The Executive Director of L.A.’s Historic Core Business Improvement District, Blair Besten, said that her love of Artisan House came from “how it makes me feel,” which is especially meaningful because “omgivning” is the Swedish term for “how a space feels.”

In the latest issue of our Living Standard Report, we also explore how we can use building to resolve, rather than resign ourselves to, climate-related issues. For the people of Los Angeles and beyond, we plan to continue our efforts by encouraging everyone to first consider this:

The very structures we’ve overlooked or underestimated could be the very things that save us.

Designing for Health: How SITES Improves Quality of Life