I want to be green in Detroit City 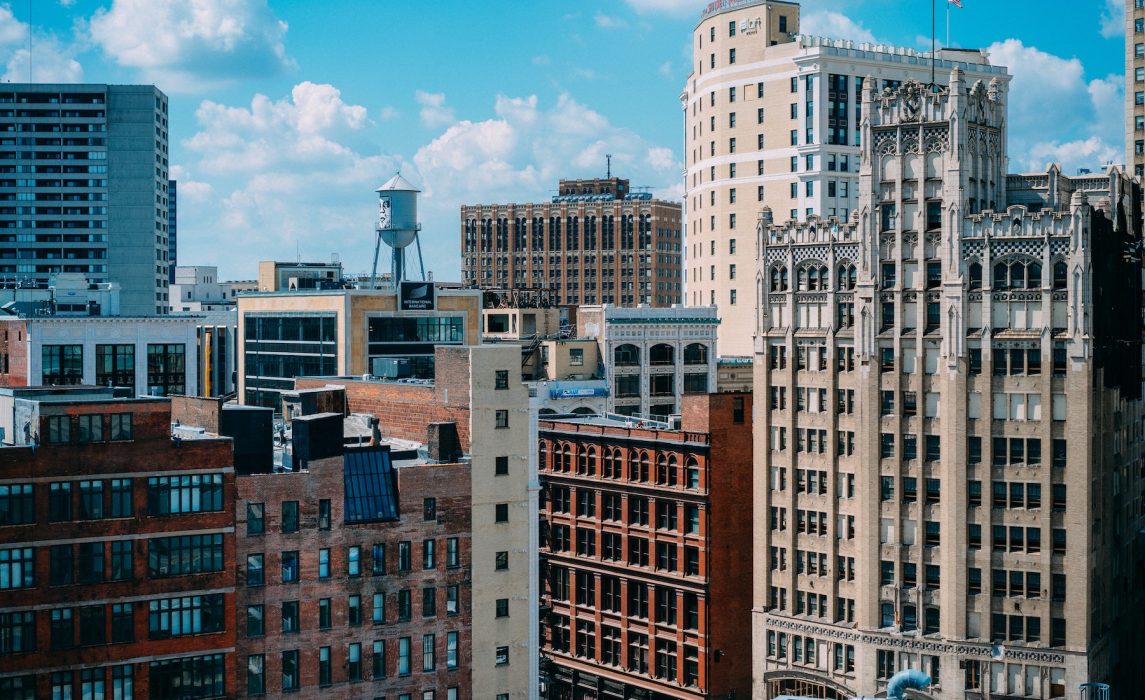 Do you remember how, in the ‘60s and ‘70s, the primary focus in helping the environment was on pollution reduction of our air and surface water?

At that time, hydroelectric and nuclear power plants were well accepted and competed primarily with coal-burning power plants for efficiency, and coal was the main source of power generation. The world was worried about running out of oil and natural gas. Clean air and clean water acts were initiated and discharge points were monitored. Thermal pollution was a lesser concern, and only really related to heat pollution from discharged water to lakes and rivers.

At that time, we knew nothing of carbon dioxide’s effect as a greenhouse gas; we were focused on trying to burn fuel as clean and efficiently as possible. 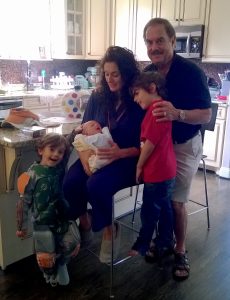 With my daughter and three grandsons.

I’ve been interested in energy efficiency in architectural and engineering design since then, to the point that through the ‘80s and ‘90s, I was designing facilities with better insulation and more efficient HVAC systems. It was an improvement from decades past, but it still wasn’t exactly sustainable. Heat recovery was occasionally achieved using heat wheels or Z-ducts. Filtration of exhaust air was used to reduce particulate matter from exhausts, and calciner burners were used to incinerate unburned hydrocarbons from industrial exhaust stacks. Lighting was primarily provided by incandescent, T-12 fluorescent, or metal halide fixtures. HID and sodium vapor fixtures were considered as being more energy efficient and sometimes used. Occasionally I might consider skylights or natural ventilation to save energy.

Then in 2001, I was introduced to the U.S. Green Building Council through one of my clients, the Ford Motor Company. Having recently completed the Ford Rouge Plant which included many green features, including the world’s largest green roof, Ford had an interest in environmental and energy conservation.

A number of architectural-engineering firms were invited to join Ford in attending USGBC’s annual member summit in Tucson in August of 2001. I had only recently heard about green buildings and had no idea what to expect — I was just happy to have the opportunity to attend with the Ford team. I was surprised that there were about 350 attendees at this event, which, at the time, seemed like a large number of people to be interested in green buildings. Little did I know that this was the forerunner of Greenbuild, now the world’s largest conference and expo dedicated to green building.

When we all returned from this Tucson summit, we decided that we should form a USGBC chapter in Detroit. Our efforts were led by Paul Goldsmith, who eventually became the first chairman of our chapter. In 2002 we became a chapter and a 501c3 corporation. I was the initial vice-chairman and subsequently served as the second chairman after Paul stepped down. We had begun our process of encouraging sustainable building design in Southeastern Michigan.

For me, this became a giant step forward from my initial interest in efficiency and energy conservation years earlier.

As our chapter grew and people started to understand what a green building was, let alone the benefits they can provide for occupants’ health and wellbeing, the building industry made substantial changes. Sustainable designs became the norm, and energy efficiency became the goal of building product manufacturers. Lighting improved dramatically as it moved to LED technology, HVAC equipment developed higher efficiencies, highly reflective roofing systems were developed, solar systems directly produced electricity for residential and commercial installations, wind generators became a viable source of energy, and building systems evolved to be much more efficient.

There is so much more that we can do today compared to my early days in the design and construction industry. We are doing things that we did not even dream of in 1990. And the U.S. Green Building Council has played, and continues to play, a major part in making this happen.

Designing and building green is not just the right thing to do, it is really the only thing to do.

The building industry is now beginning to understand its role in working toward preserving our planet for future generations. The way I see it, designing and building green is not just the right thing to do, it is really the only thing to do. And that is why I have participated in and supported the U.S. Green Building Council for almost twenty years.

Patrick Smithbauer sits on USGBC’s Detroit Region Market Leadership Advisory Board and has over 40 years of experience as a corporate officer, business development executive, project manager, and design engineer. He is also a LEED Accredited Professional (AP).

Biophilic Design: Bringing the benefits of outdoors inside during COVID-19