Simplifying our story: Announcing the launch of Living Standard in China 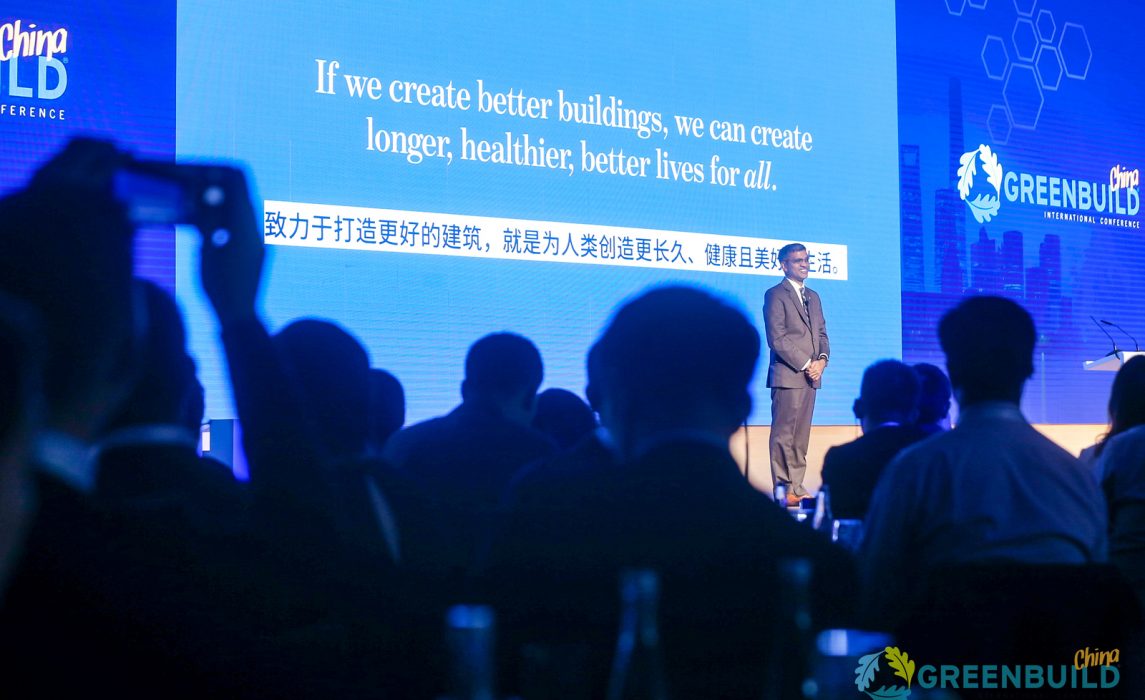 As the global green building market has evolved, we must evolve with it. We have to expand the way we talk about sustainability. The heart of the green building community’s efforts must go well beyond construction and efficiency, and the materials that make up our buildings.

Last week I was at Greenbuild China, and it’s true: If we want to position China as a leader in the fight against climate change, we must dig deeper. If we want to ensure our conscience outweighs our penchant for complacency, then we’ll have to do a better job at identifying and communicating the stakes. We’ll have to focus on what matters most within our buildings: human beings.

Because, after all, the standard we are most committed to raising is that of the quality of life itself—for every member of this community, and in populations spanning every corner of the planet.

We launched the Living Standard campaign and research in the U.S. last year to better understand how to accomplish this lofty but important goal. If you haven’t heard about it, Living Standard is an exploration of a new way of thinking and talking about those stakes in the context of human health and well being.

Which is why I am excited to share that we have officially launched Living Standard in China. Like we did in the United States, we will start by conducting national research in the first quarter of 2020 to help us better understand how to support and engage the larger Chinese community in our mission. This research will guide us to advance our mission over the next 25 years.

We hope that in the coming months and throughout 2020 and beyond, this will bring a new kind of collaboration — one that will unite us with individuals and member organizations like Expo Shanghai Group, Swire Properties, Delta, Taiwan Semiconductor Manufacturing Co. Ltd, Dow and others who pursue different pathways, but share our ultimate goals.

If we want to get through to people—if we want to show people that the green building community is uniquely positioned to solve the challenges we face—we’re going to have to talk in concrete—human—terms.

After all, one of the most important takeaways from our research isn’t unique to the United States. Storytelling is universal and we’ve found that when it comes to climate-related risks, telling a better story is the key to a better outcome.

So, let’s talk about your story — the story of China — and let’s do that by first discussing the new Beijing Daxing International Airport Economic Zone. It just became the first city in China and the world to certify at the Platinum level under LEED for Cities: Planning and Design. The airport will become the largest in the world and when completed, the economic zone will become a driving force for economic growth in the country.

But wouldn’t it be far more memorable if I explained its importance by using people as the metric?

For example, what if I said this: In six years, the airport is going to support 72 million passengers and 2 million tons of cargo every year. And the Civil Aviation Administration of China says the airport will add 600,000 jobs. Think about that — 600,000 people will have an income, will have a way to put food on their table, will have more means to support their child’s education. And 72 million people will be added to the economy, will travel for work, for family, for all of it — more efficiently — because of the airport’s surrounding economic zone and this certification.

And what if I told you that two years ago, I met with Mr. Luo Bo Ming from the Beijing New Aerotropolis Company to discuss this project? And that I saw firsthand how he and his team contributed to the LEED for Cities: Planning and Design rating system that will help transform communities in China and around the world? And that because of their passion and hard work, it was that much more fulfilling for me to see it come full circle in person, in September. It’s a group I admire and whose story I will share as an example for the rest of us.

The fact is that strides in mainstreaming green building are being made here every day — not only as a way of combating climate change in China, but as making this a way of life in general.

We couldn’t be prouder of the community here.

But what we’re learning from Living Standard is that if we want green building to be used as a universal approach to the climate crisis, we must first simplify our story.

So partner with us on our Living Standard campaign. In 2020, we want to hear from you. We want to help write the next chapter of green building with you. Because that’s how we’ll help people outside our community understand why the work we’re doing is so important. That’s how we’ll help inspire new leaders and advocates, builders and communities to get involved and take action in China and across the world.

And yes, that’s how we’ll treat this work like the moral imperative it is — and how we’ll recognize that the cause we’re fighting is the most important of our time—the fight for survival itself, and for living standards that should sustain generations to come.

Visit www.livingstandard.org, sign up for the campaign, and start sharing your stories.

Raising our Living Standard with community changemakers at Greenbuild

It’s not too late — sign up to change the world.