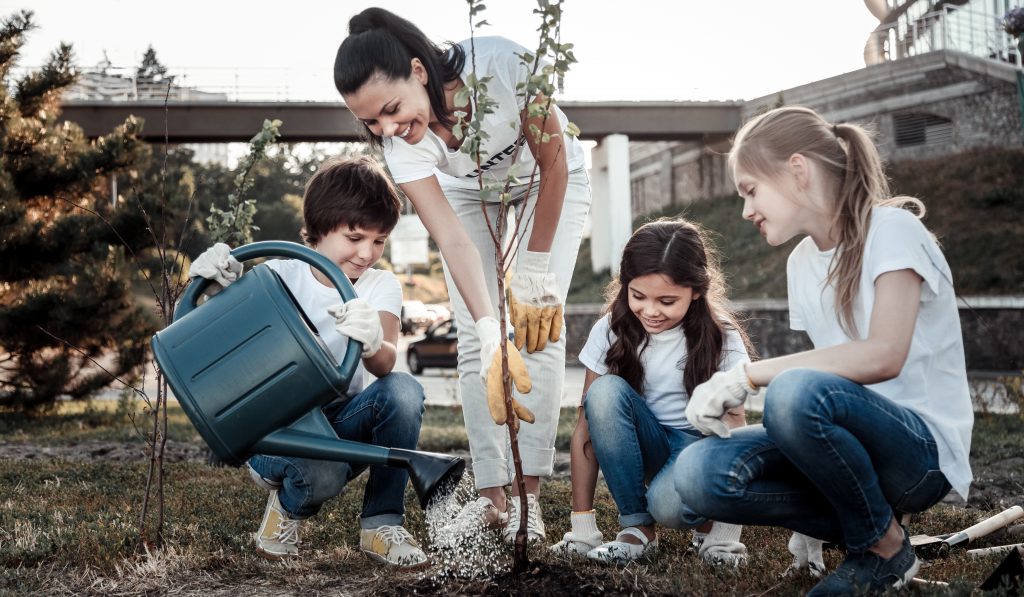 Thinking about the impact of climate change can be overwhelming for many. We start with the dire stakes and don’t know what we can do to combat something so huge and seemingly out of our control. Which is why the U.S. Green Building Council wanted to explore this more in depth for the second installation of our Living Standard report, released in September of this year.

We found that the way to reach people is not through drastic calls to action or dire warnings to fundamentally alter their way of life, but it’s through encouragement of small, gradual changes. It’s through meeting them where they are and finding the story inside of every statistic—it’s through baby steps.

Our research shows that one of the most effective things we can do to combat climate change is to talk about the small things we’re doing in our daily lives to our friends, colleagues, neighbors and family. That’s also part of why sharing our stories is such a critical component of the Living Standard campaign.

For example, I just convinced my friend to donate his clothes instead of throwing them away due to the incredible amount of waste generated by the clothing industry. He wasn’t aware of this issue, but because I shared that I had just donated a bag of clothes earlier that week, it led to a conversation and, now, a simple action that might not have otherwise happened.

Likewise, I was chatting with my colleague Celeste over lunch who works on our TRUE Zero Waste program. She was explaining to me that from her perspective, there’s no such thing as waste — ”waste” is just something we made up out of convenience. It boils down to a reframing of what we consider to be waste: what can we be doing with “trash” or other products to continue giving them life after their original use? This was such an interesting concept for me, one that I’ll now carry into my daily life whenever I’m about to toss something into the garbage bin.

Sharing our stories helps us to understand the different ways we can contribute to a more sustainable future. But if we want to truly move people to action, it’s helpful to first identify where they fall on a matrix of individual, collective, minor and major action, which we outline in the second Standard Issue report. 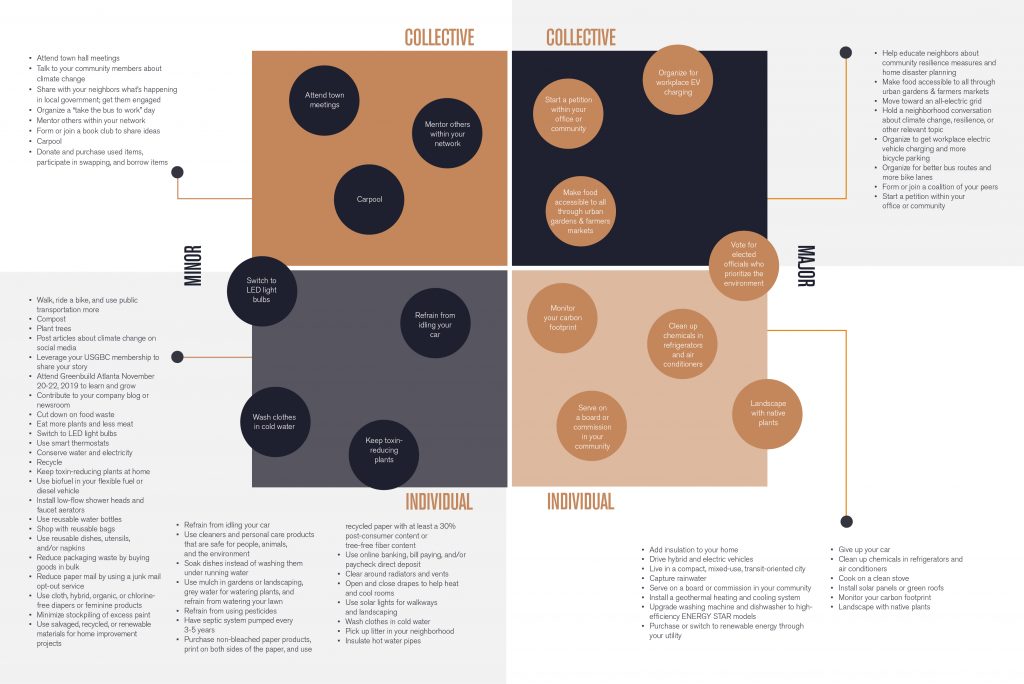 Maybe they are taking some basic individual actions like recycling or conserving water and electricity. But what actions are they not taking in that same general quadrant that they could take? If we can get everyone who is somewhat concerned about their environment to take one additional action, the sum of their activity could change our collective course.

Of course, at the U.S. Green Building Council, we believe in and advocate for green buildings. Buildings account for 40 percent of all carbon emissions, after all. But if we want to make real, lasting change, and to move people to understand not only the value in LEED and green building practices, but also the value in setting up a carpool or landscaping with native plants, then we need to start sharing our stories.

Where do you fall on the matrix? What’s your next step and how can you talk about that within your communities? Share your story with us about how you’re making a difference in your own community, and share your stories with the people in your life. By starting with these small acts, not the least of which is speaking up, our individual and collective efforts will lead to giant leaps forward, where intention becomes action and action becomes lasting change.

Creating a positive impact through education