How a recycling center is changing lives 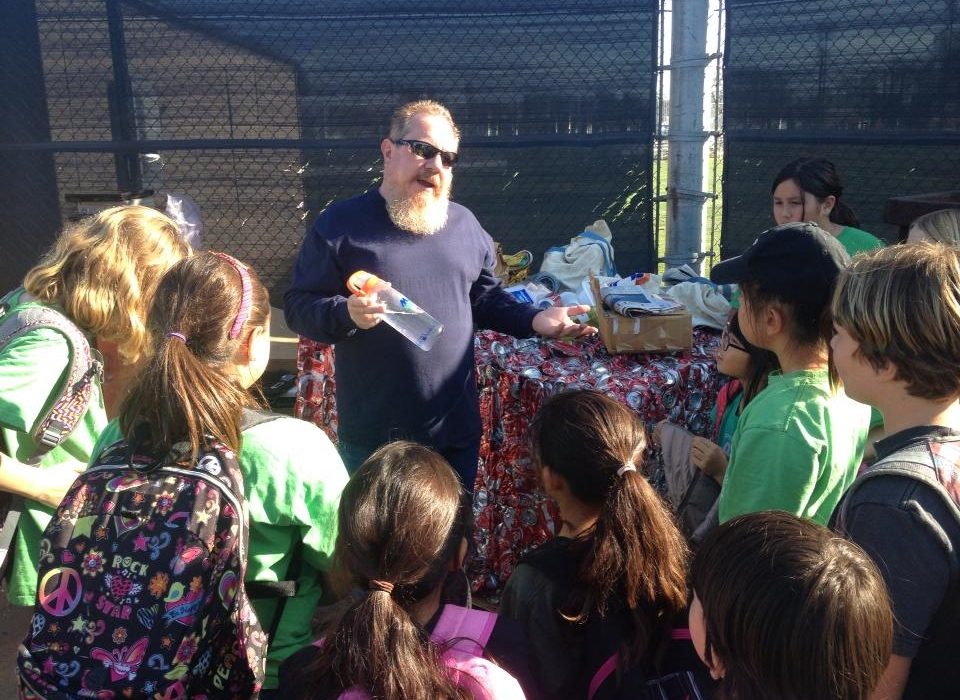 Mike Carey has been the sustainability coordinator at Orange Coast College in Costa Mesa, California for more than 30 years, but his connection to the environment was established long before that.

“As a kid, my family would go to the local back bay here in Orange County. In hindsight, I think my mom was just trying to keep me out of her hair,” explains Mike, “but she mentioned that if I collected aluminum cans off the beach, there was a dropoff center near our house that would accept them for change. I was giddy at the opportunity to earn some money as an eight-year-old. There was another family there that stopped and thanked me for cleaning up the beach. At first I thought it was really odd. Why were they thanking me for doing something that benefited me? But I quickly realized that the cash was secondary to the satisfaction of conserving and helping.”

When he arrived at Orange Coast College as a freshman in the 1980s, he quickly began an internship at their Recycling Center. After all, by then, he had been a recycling devotee for a decade. He found that the Center, which initially started as a one-time fundraising effort for campus initiatives in the 1970s, had an unusual model: The Center is student operated, providing student jobs and scholarships, student leadership training and funds in support of student services, all while serving up to 300 users from the college and surrounding community every day. Those community patrons also receive a small payout for their recycling materials, much like young Mike had done with his beach-collected cans.

Thirty years later, Mike is now a LEED AP, TRUE Zero Waste Advisor and TRUE Advisory Council member — and has picked up the well-earned nickname of “Michael Recycle” by students in the community who he regularly visits with during educational trips at local schools in the Costa Mesa area. And as the sustainability coordinator and adjunct professor at his alma mater, Mike has spearheaded incredible amounts of sustainable improvements on his campus, turning from student to teacher. In fact, the college recently built a new Recycling Center to better serve the community. He was determined to make it the best it could be, asking himself, “How can we take this space that was designed for material processing and achieve environmental harmony and lessen our impact on the environment? How do we make an industrial space inspiring?” 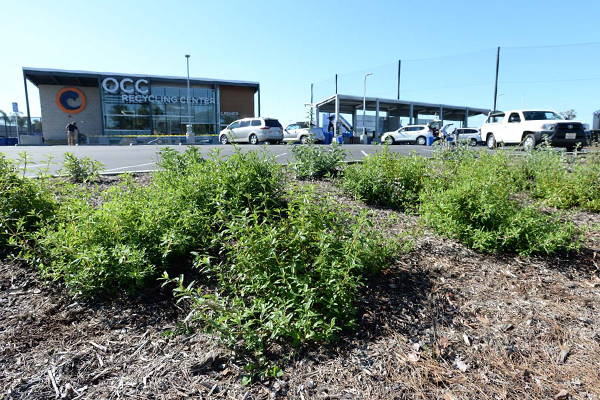 They certainly achieved it: The Center was the first building in the world to receive triple LEED, TRUE, and SITES certification, and has allowed them to increase efficiency, divert nearly all of their waste from incineration and landfills, benefit the local habitat and reduce their carbon impact through minimizing waste and sustainable landscape design measures such as use of native plants to reduce irrigation.

It’s a huge accomplishment, but when you ask Mike about the extensive progress that has been done on the Orange Coast College campus under his leadership, he is quick to redirect the praise:

“Oh no, it’s not me who leads this change. My role is to shed light on environmental topics. The students are the true change drivers — none of these things would have happened were it not for them. I explain why we should care, and it helps inspire them to act. We all want to contribute to something good, and student-led initiatives are powerful when you have an end goal in sight.”

But what language can spur that kind of change, especially with groups that aren’t well-versed on environmental topics — or are even averse to them?

“It’s really easy to get bogged down by the doomsday reports,” says Mike. “I find them polarizing: For every statistic and figure, there’s going to be somebody that refutes it and offers a different one. Just side step all that.

“We might differ on how to get there, but deep down we all want the same things: good quality of life and a stable future. The key, and the challenge, is to find the commonalities that we all have that will achieve that goal. How can we bridge those gaps and get to the same place?”

Deep down we all want the same things: good quality of life and a stable future. The key, and the challenge, is to find the commonalities that we all have that will achieve that goal.

Our Standard Issue reports have found the same thing: Progress happens when we’re focused on our health and our community’s well-being, our shared goals and stories. Just as Mike has transformed Orange Coast College’s campus by pointing out the ways these changes can benefit their students and the planet, we too have the power to turn individual efforts into collective progress.

How are you working toward a stable, sustainable future? Share your story with us.